Since the dot.com bubble, 911, and the 2002 market crash, Elliott Wave Technology's mission remains the delivery of valuable solutions-based services that empower clients to execute successful trading and investment decisions in all market environments.

Joe Russo, editor and chief market analyst, is an entrepreneurial publisher providing digital online media solutions designed to assist traders and investors in prudently and profitably navigating their exposure to the financial markets.

Since the official launch of the Elliott Wave Technology website in 2005, we have established an outstanding record of accomplishment, including but not limited to, … 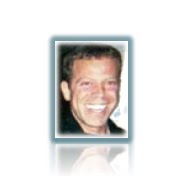 
Email ThisBlogThis!Share to TwitterShare to FacebookShare to Pinterest
Read More ->>